It’s been almost a year since ICEdot and SenseTech struck a deal to bring the Crash Sensor to market. I’ve known the SenseTech team for some time and was lucky enough to get to watch them develop their concept for an impact sensor and refine the science behind the technology. From the first time I saw it, I knew I wanted to be a part of that story. Like any good story, it’s been full of surprises, successes, and challenges.

When I first went to Interbike last September to see how the market would respond I had a rough prototype sensor duck taped (the uses just keep going) to the inside of a helmet and I super glued one of our snaps to the outside of the helmet to represent our encasement concept. Our development team pushed the app to my phone literally hours before I walked into the show. We had a tiny booth in the basement of the show and we really weren’t sure what to expect, I was mainly hoping I’d be able to prove to that we should keep pursuing this market. To put it mildly, the media and consumer response to our concept was overwhelmingly positive.

FundingTiming on these things can be funny and fickle. We found ourselves getting coverage from some of the top publications in the world but we really had nothing to sell and not much for anyone to really do. We had the idea that maybe we could fund the steep manufacturing costs with early sales commitments and scrambled to put together a KickStarter campaign to capitalize on the media coverage. Kickstarter said no – they don’t do safety (we do, we’re going to make safety cool). We went with IndieGoGo and launched about the time our wave of publicity was ending.  We had some success in creating demand but didn’t raise enough money to get us to a point we could manufacture so we had to do things the old fashioned way – investors.

For 6 months we’ve been in funding mode. I’ve never raised money before and it’s fair to say I hope I never have to do it again. It takes longer than you think and requires a lot of time. Luckily, we’ve got a great group behind us and they seem to be okay with lunch rides. So at last we’ve made it through – we get to produce and market a product we’re passionate about in an industry we live and love.

Product DebutThe ICEdot Crash Sensor will debut at the Saint Francis Tulsa Tough June 7-9, in Tulsa, OK our hometown. The event is special to us too, it’s become a widely recognized event with activities for cyclists of all types and our whole community turns bike crazy for a week. It seems planned or contrived that we’d launch our product at an event I co-founded 8 years ago but I can assure you, we wanted to be selling sensors months ago, we’re literally getting our first batch of units the week before so why not go ahead and launch where it really all started for us? That was our thinking anyway. We’re putting out the word to the media and our retail partners so they can be the first to receive a sample product. At that time we will begin pre-sales and products will ship the first week of July.

To celebrate in true ICEdot style, we’re going to Crash the party, ride our bikes, and hope the only testing done on our product is for demonstration purposes only. We’re also inviting a few friends to ride with us, Lucas Euser of United Healthcare Pro Cycling and Brad Huff (featured below) of Jelly Belly presented by Kenda. Both are friends of ICEdot will be wearing their new sensors and joining us for the GranFondo on Saturday June 8th. We hope you will join us too. 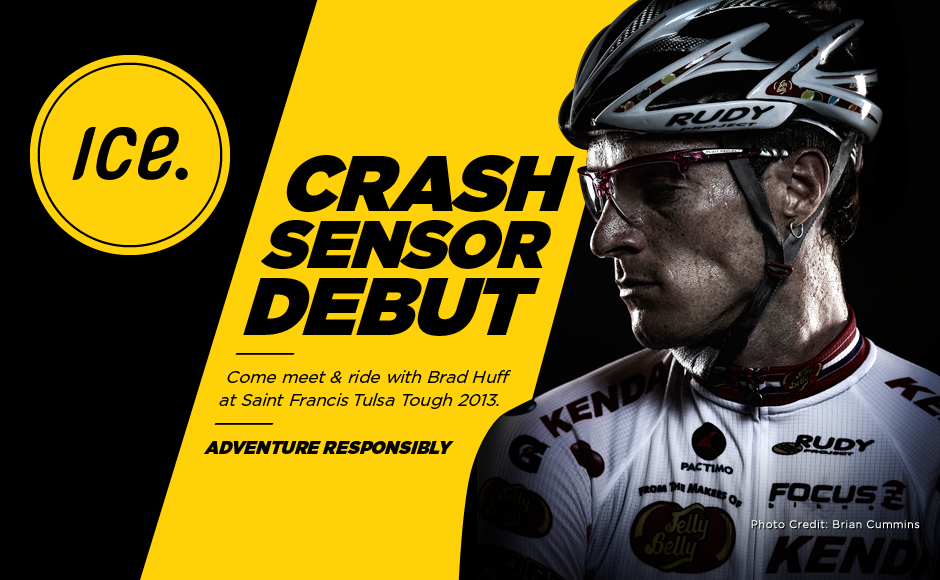 If you want to ride with us, go get registered for Saint Francis Tulsa Tough and show up.

We are excited for what the future holds with our company and products. We believe technology can create intelligent safety solutions that integrate seamlessly into our lives. As adventure junkies ourselves, we know you’re not going to change or stop what you do, we’re just trying to help you Adventure Responsibly. 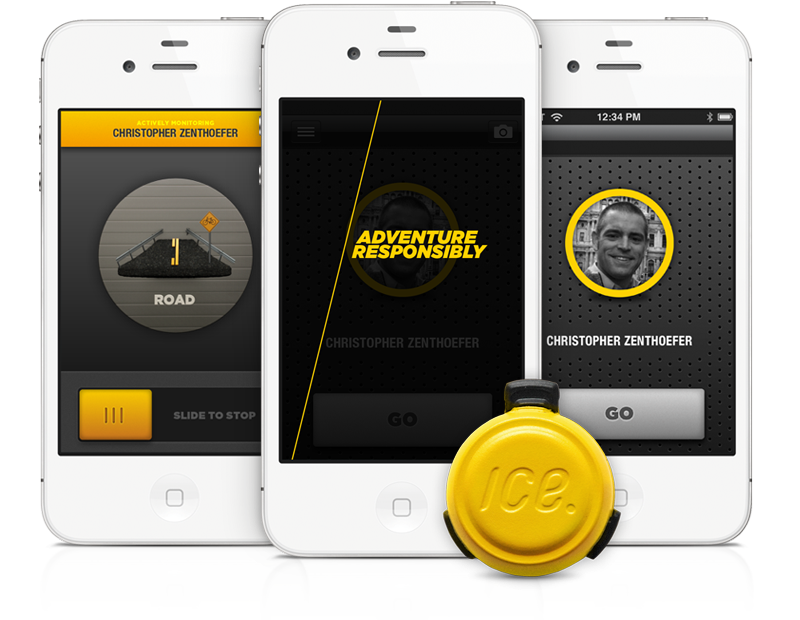